Navigator on the Back Seat

"You'll navigate. I'll be in the back", said Paddy the Navigator to Paddy, the Propaganda Minister. This is highly unusual. But, you see, Paddy is testing a theory. Because of their constant quest for challenges and the challenges running out, Team Paddy Murphy has to resort to the ultimate measure: Making their own challenges.

This weekend's trip took Paddy from their home town to the Swiss Alps. Ahead of the three Paddies aboard Henry, the trusty Ford Capri MK III 2.3 S, were 255.64km of Swiss Mountain Roads. No highways. Driver was in for a challenge.

But before any of this happens, Navigator had to explain to Propaganda how to actually navigate a rallye. This was the mission: Test out Paddy's roadbook-making skills.

"You watch the Trip Master that does a ticking noise every ten meters, call out the distance and the turn and then reset the Trip Master", says Navigator.

"Does it matter which of the two Trip Master counters I reset", asks Propaganda.

"No, it doesn't, as long as you only ever reset the counter that is to the route", says Driver.

After some more explanation on terminology, the team came to the conclusion that can best be summed up as a mixture between "Eh, what could possibly go wrong?" and "Dear God, we're going to die today" and hit the roads. The roadbook planned for six hours of driving, passing 107 waypoints. Propaganda was in for quite something. 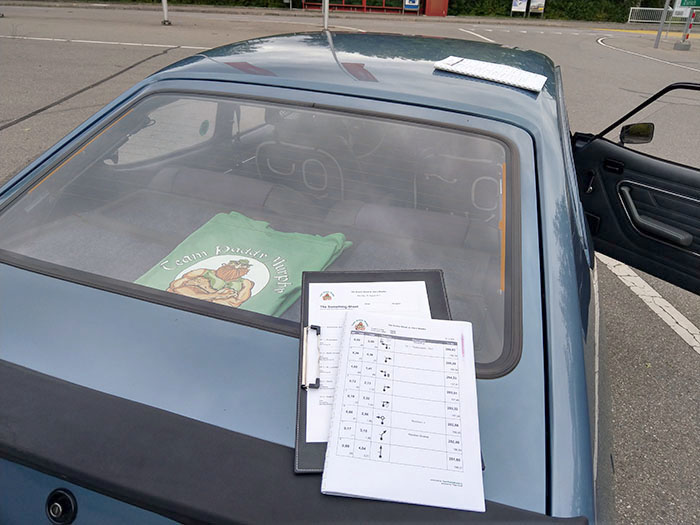 The first 20 waypoints went smoothly. But then came the 21st: A roundabout!

"That turn", asks Driver and points to an exit.

"Wrong", says Navigator from the back seat with an evil laugh.

The team doubles back and - lo and behold - there's a hidden exit. It's behind the sidewalk and it looks nothing like a road.

"Come the hell on, that's a driveway, not a road", says Propaganda.

"What am I supposed to do here? Just run over all the pedestrians when I take that first exit", asks Driver.

"An exit's an exit. Besides, the roadbook says you're taking the second exit", says Navigator and he's right. Because Paddy would have gotten way off course had Navigator not intervened.

"This better be the only mistake Propaganda makes today", says Driver.

Somewhere in the St. Gallen Highlands, Paddy hits a roadblock. Coincidentally, Paddy has managed to have the test drive on the date of a Swiss tradition: The Alpabzug. It's the polar opposite of the Alpaufzug that happens in the spring. In autumn, the cattle that was put onto the lush meadows of the alps, are being led back home to their farmsteads where they're spending the winter. Swiss men, women and dogs drive the cattle along public roads, wearing traditional garb and having decorated their cows with ornate flower arrangements.

None of this is of any particular interest to Paddy. Because not only is he losing time that he'll have to make up again later on the drive, which might put him above speed limit. This is against the rules. 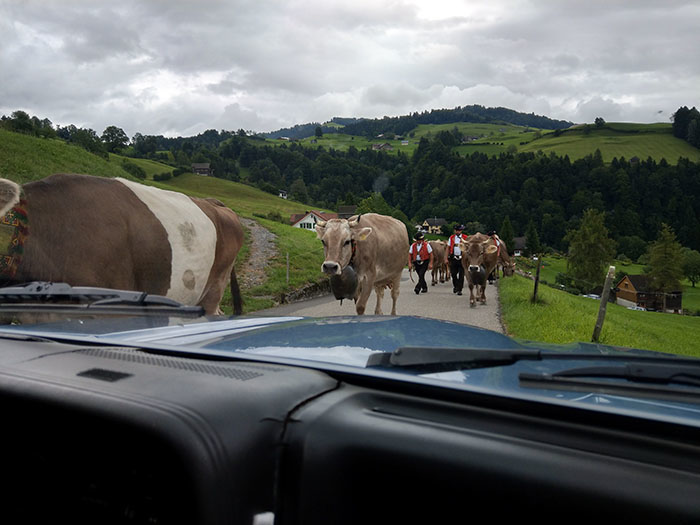 "Come on, darling, move it", he says to a cow that seems to have taken an interest in Henry, the car. The cow seems uninterested.

"Don't you dare slobber onto my car", Driver tells another cow.

The cow doesn't listen. Slobber hits the left side of the hood.

"You're steak, you miserable bloody cow", growls Driver. He asks Navigator for his pocket knife.

Navigator and Propaganda manage to dissuade Driver from butchering a stranger's cow, because there's time to make up.

Driver, however, shines on the long stretches of road. After Propaganda has announced that they're hitting the mountain roads, Driver sees his chance.

"I hope you lot don't get sea sick", says Driver and the engine howls as he hits the pedal.

What you need to know about most Swiss mountain serpentines that snake up the mountains: They're fairly liberal when it comes to speed limits. Some are limited to 50 km/h, others are limited to 80. However, very few drivers actually drive at or even over the speed limits as these roads are treacherous. Depending on the weather, bad accidents can happen. However, Paddy is in luck. The roads are dry and clear. So Driver hits the speed limit, takes risks at the curves and makes up for a lot of lost time. Propaganda can see the focus in Driver's eyes. This is driving honed by thousands of kilometres at rallyes across mountain passes in several countries. Henry's tyres squeal and the cab of the car smells of a mixture between rubber and gasoline.

Not once does Paddy have to pull a full stop.

Paddy is fast. Navigator has set the average speed to 40 km/h, but Driver manages to get to the last few waypoints half an hour before the time limit. What happened?

"I didn't account for all the stretches of 80km/h and your driving", says Navigator to Driver.

"Oi, can we go inside", asks Propaganda.

Because Paddy has reached his destination: Waldhaus am See. This is where the three crew will stay for the night, because the infamous Whisky and Dine is on the menu. 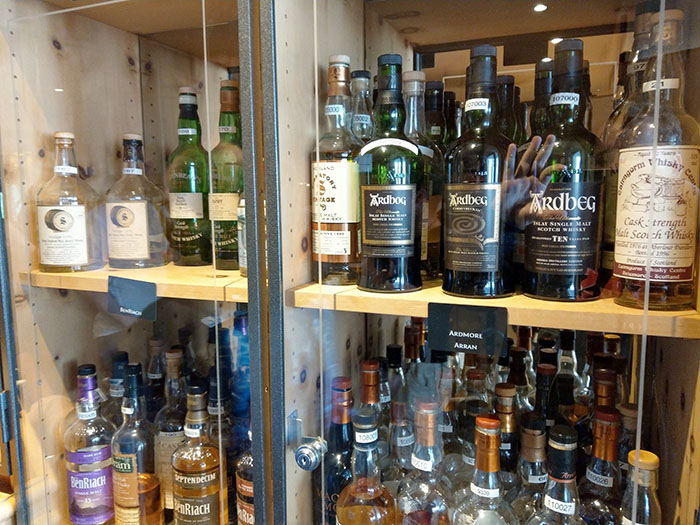 Even though Paddy did some heavy driving and a bit of drinking this weekend, the team would like to remind you that drinking and driving is neither legal nor smart. This is why the team stayed the night at the Waldhaus, ate a good and hearty breakfast in the morning and headed home with a clear head. 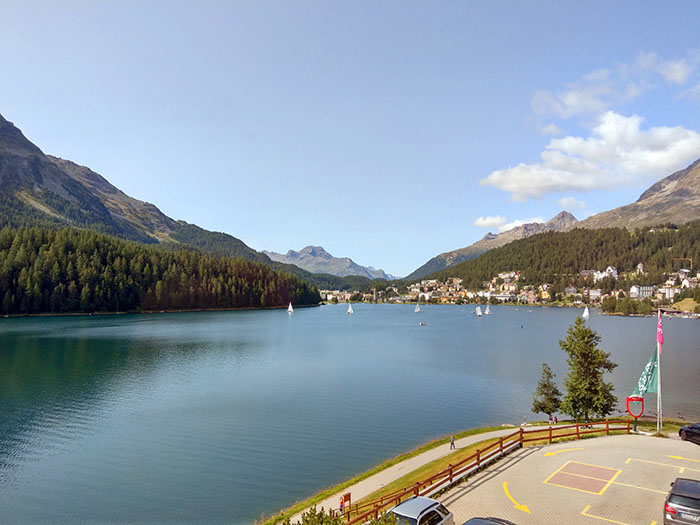 Paddy's advice: Enjoy it all. Drive safe. Drink responsibly. Enjoy the view. And have a great and long life!