Paddy didn't drive many mountain passes lately - but when he drives over passes, then 15 in a row. Paddy crossed 15 alpine passes within 11.5 hours and drove 700km through one night in June 2015. Now, 5 years later Paddy is older and wiser… and he‘s going to do the very same thing again!

Paddy drove the course of the TPM Night Flight Challenge, with a small change, because he turned once too early. After discussions between driver and navigator and number chrunching using GPS track data, the route is now defined as starting in Davos and finishing at the foot of the Klausen Pass in Linthal. A map of the route can be found in the article of June 2015. Besides the usual tweet when the pass was reached, Paddy shared the ride several times as a live stream with his Chilean cousin Patricios Murphy. It was brilliant.

Also this time there were few other madmen on the road. But the scenic picture was disturbed by countless campers on the side of the road and on parking lots. Paddy says that the night was meant to be a drive through and did not understand why someone could camp with many others at the same place. Paddy won the race against the sun on the Stelvio Pass for a second time: 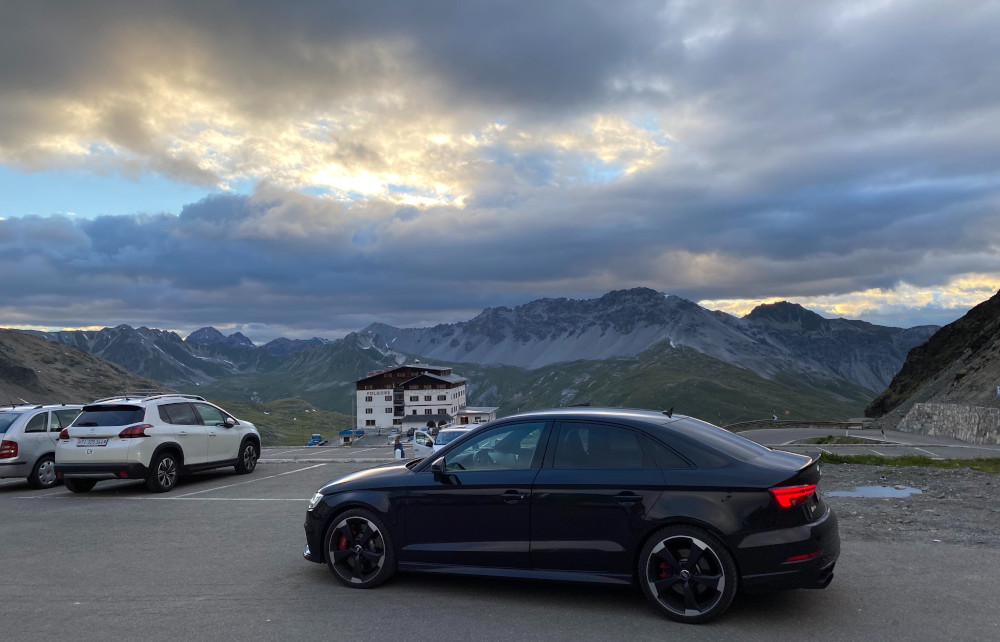 The statistics of TPM Night Flight Challenge Revisited are:

The usual "finisher" photo at the end of the Night Flight Challenge: 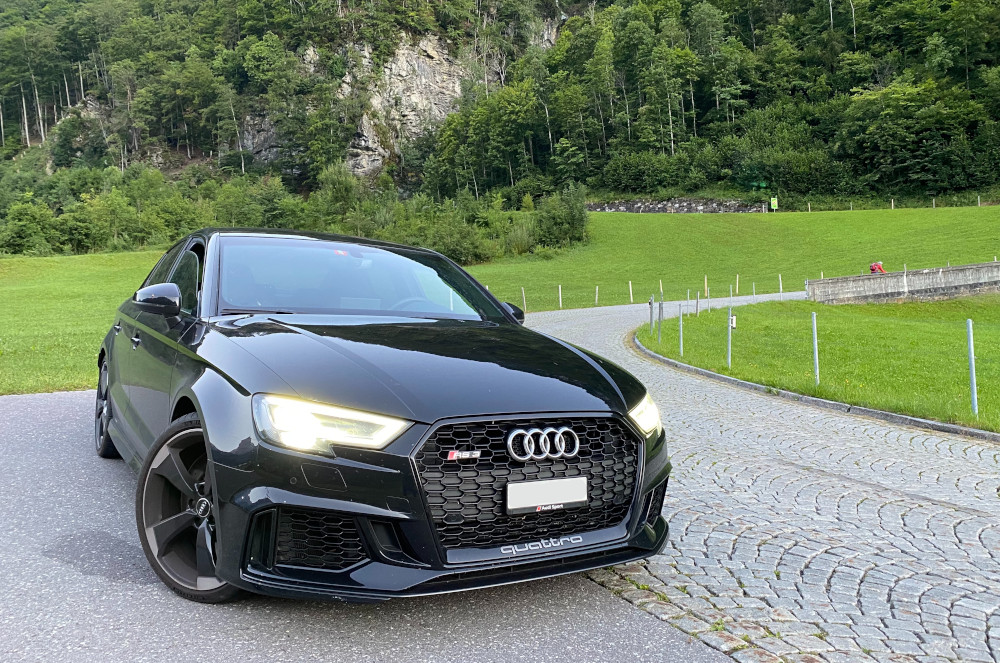 After a few hours of sleep Paddy has compared his current ride with the one 5 years ago. The times include breaks and refueling stops: