Paddy's Chilean cousins, Patricios Murphy and Patricios "MoXo" Murphy, visited Paddy in Switzerland this summer. When MoXo was here, they drove one day on the Night Flight challenge route - that's where Paddy lost his GoPro camera somewhere between Davos and the border to Austria. Luckily, MoXo had a brand new GoPro 4 camera with him. As a result, you can see Paddys adventures in sixty frames per second. That's the same frame rate the epic Hobbit movies have.

The film starts at the Norberthöhe, a small mountain pass in Austria, which has a few nice corners. But it was not more than an appetizer for other roads to come. Paddy headed for the mighty Stelvio Pass. Well, it was raining cats and dogs at the beginning, the road was totally wet and it was challenging to drive fast. Needless to say that Paddy tried it anyway. 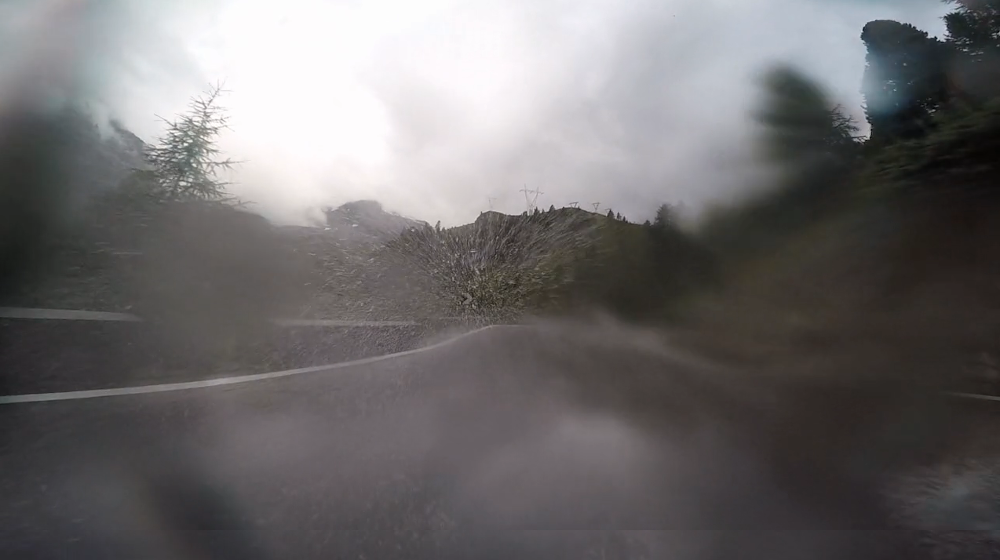 At around the twentieth turn (there are a grand total of 48 hairpin turns), the rain stopped and the road dried. Then Paddy started a race against the sun - could Paddy arrive at the top before the sun sets? Yes, of course he can! Paddy won that race and enjoyed another sunset at the top of Stelvio Pass.

Afterwards, he headed back to Switzerland over the Umbrail Pass. It was a nice drive without any disturbances such as an inspection by the Swiss customs officer. Okay, there was one thing: a big tree branch was lying on the street and blocked Paddy's way. But then, like some sort of Greek Titan of myth, MoXo entered the stage and saved the day.