The similarity between the San Bernardino and St. Gotthard Passes is that both mountains can be circumvented using major traffic tunnels. But nobody in his right mind would prefer a tunnel over a mountain pass road! Some say there is an alien base hidden in plain sight on the summit of San Bernardino, but who believes in ghost stories these days anyway. 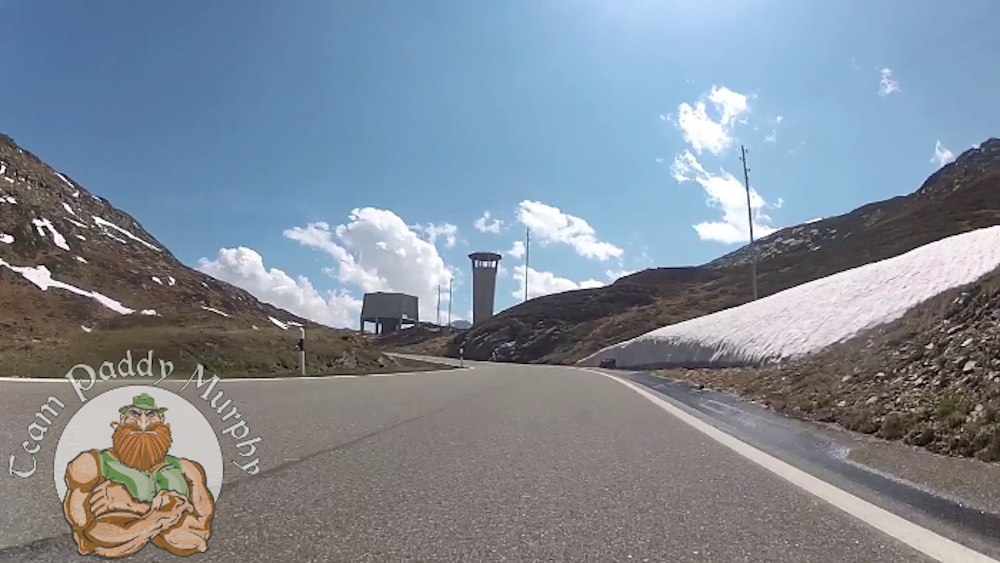 In this episode a scene is announced with the simple word Geronimo! - Paddy uses this exclamation occasionally when he overtakes more than one car at once. 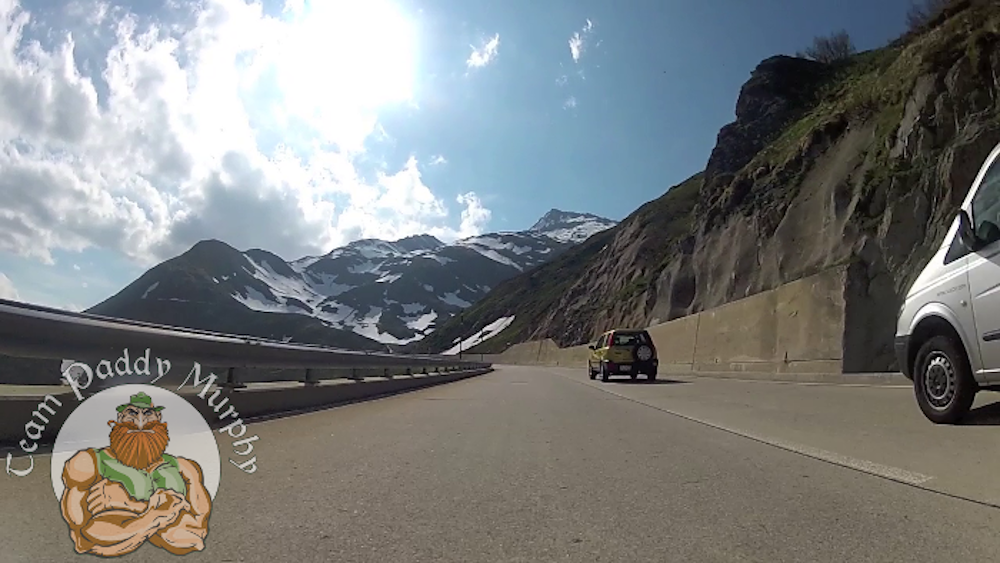