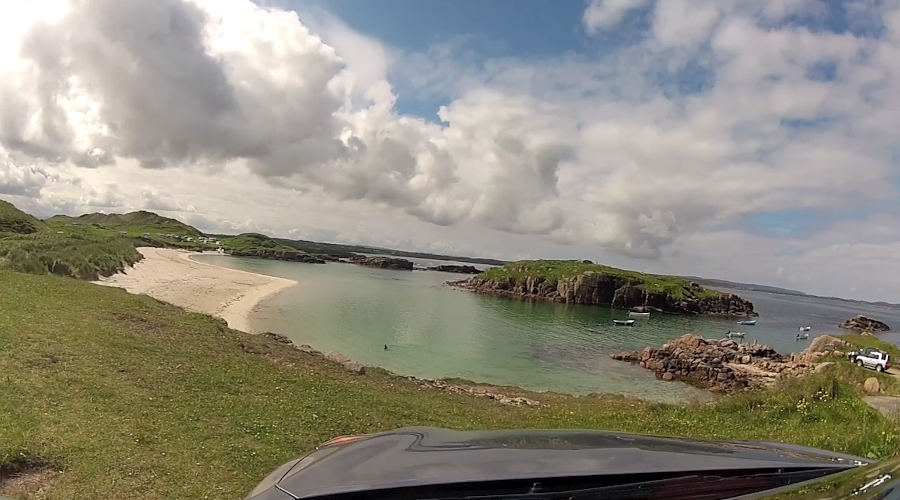 This episode is all about County Donegal (Contae Dhún na nGall) and under the slogan "Up here it's different". County Donegal is one of Paddy's favourite places. He loves to drive around there, narrow and bendy roads without traffic. Even Paddy's most-loved stop sign is on one of Donegal's roads. Another thing about Donegal roads is that you'll never know where you end up. Take, for example, the road behind Donegal Airport, no one would expect one of the most beautiful beaches in the world. Well, that's not true. Paddy, the Navigator, would know ‐ because that's what he does. And that's why there's a tribute song to the Navigator in this episode. The film concludes with an homage to old days with crappy equipment. Thank God Eris these days are over.