Team Paddy Murphy attended the 13th edition of Coppa d'Europa 2017 from 6th to 9th April 2017. The 2017 edition started in Maastrich (NL) and led through the Netherlands, Belgium, Luxembourg, France, Germany, Switzerland, Liechtenstein, Austria and ended in Munich (DE). Coppa d'Europa is among the most challenging rallies in Central Europe. Team Paddy Murphy started in the category CoppaSport for the second time and finished the rally 43rd of 52. 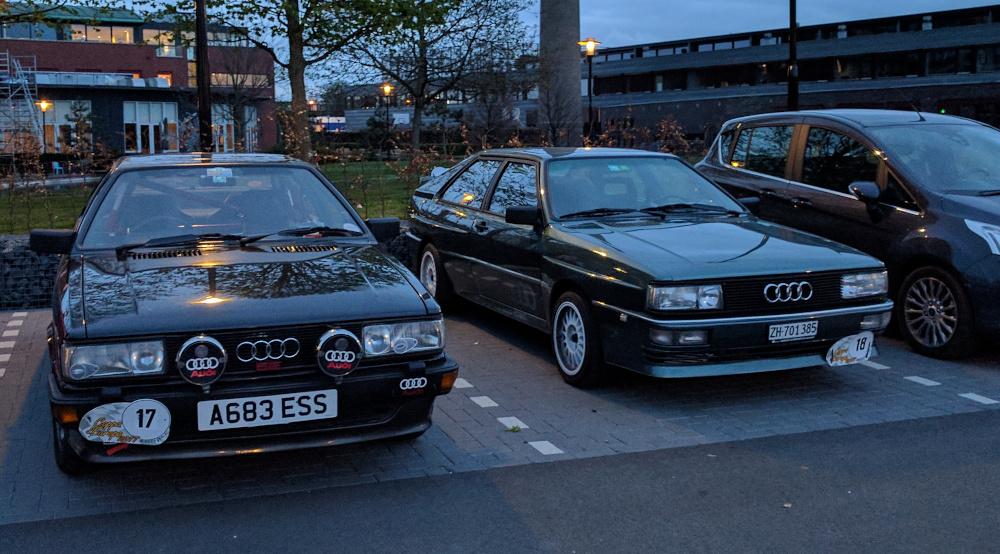 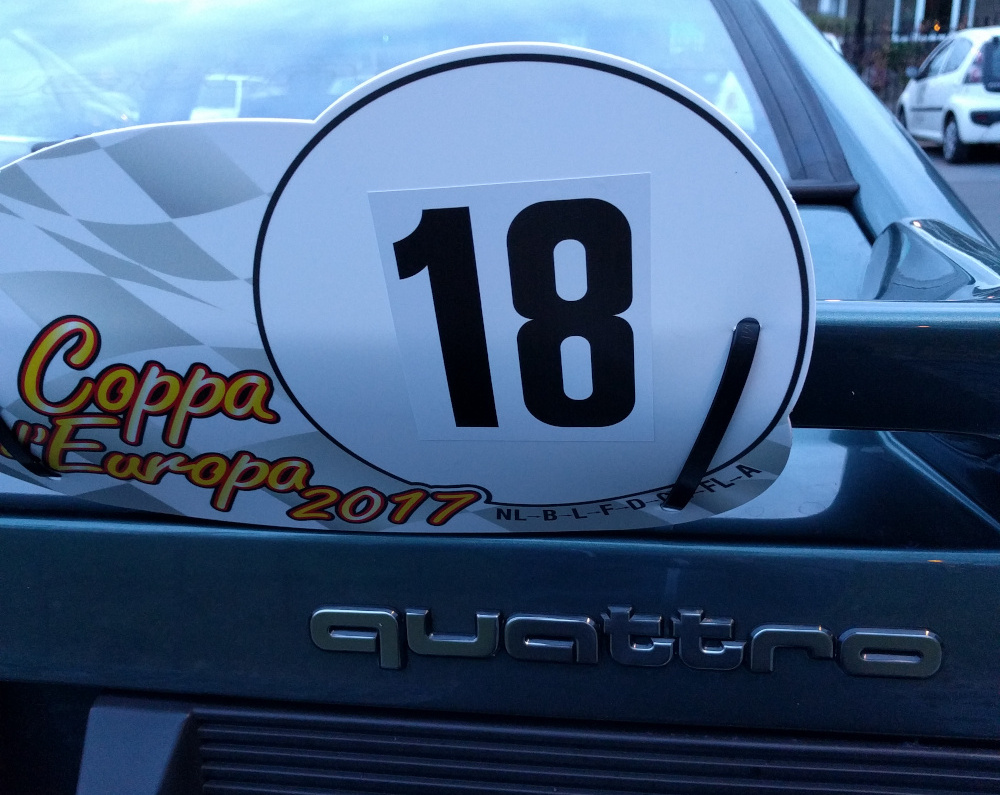 Paddy had a slow start. The first day, he seemed to drive according to the legendary drivers' motto ambitious but rubbish, coined by automotive legend Jeremy Clarkson of Top Gear / The Grand Tour fame. On the second day, Paddy could improve his performance and it looked like the team would match or even surpass last year's result. Things never turn out the way you expect. The problems startet in the afternoon of day 3, after a great morning. Suddenly, Paddy couldn't shift gears anymore. None of the gears would stick and there were weird noises coming from the general direction of the engine. "Surely, this must be a leprechaun", thought Paddy. Whether or not a character of Ireland's folklore made it under the hood of the Audi quattro to plague your valiant hero during his most arduous test became irrelevant as the situation got so bad that, in the name of safety, Paddy had to stop. It was pretty bad. Was Paddy beaten? 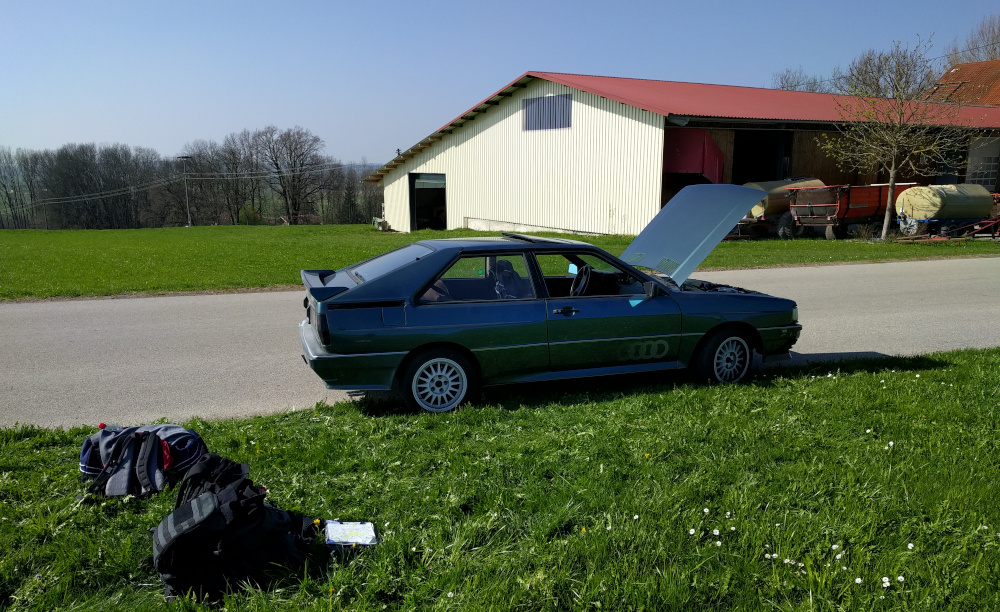 After half an hour waiting, the mighty Audi quattro was brought to a garage. 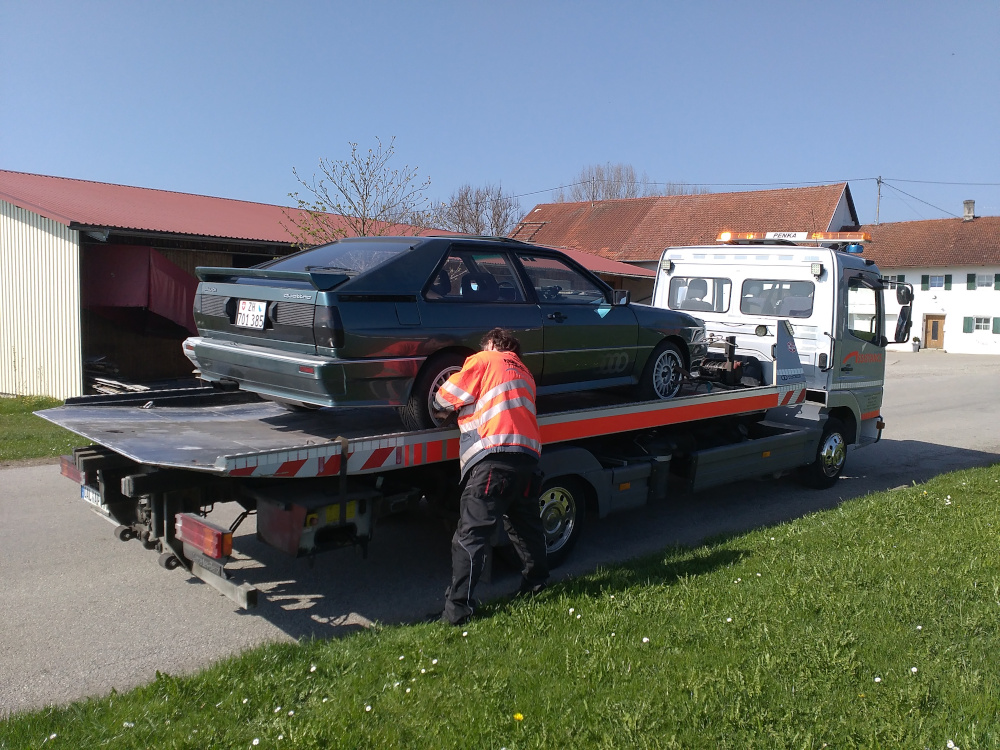 The car mechanic figured out that break liquid was leaking and was empty. This caused the problem with the clutch. He could pump out air out of the clutch system and refilled the break liquid tank - the quattro was alive again! Much like an Irishman on St. Patrick's Day five minutes before last call, Paddy refused to be beaten. Quitting the race? Out of the question! With the Audi purring like a kitten again, he was back on the road! He lost a lot of time and collected lots of penalty points for missing checkpoints. Eventually, though, triumphant and undefeated, Paddy rolled into Munich. While he was not first, it tasted a whole lot like victory. Because against all odds, in an old car with a clutch that has a mind of its own, Paddy finished the race. 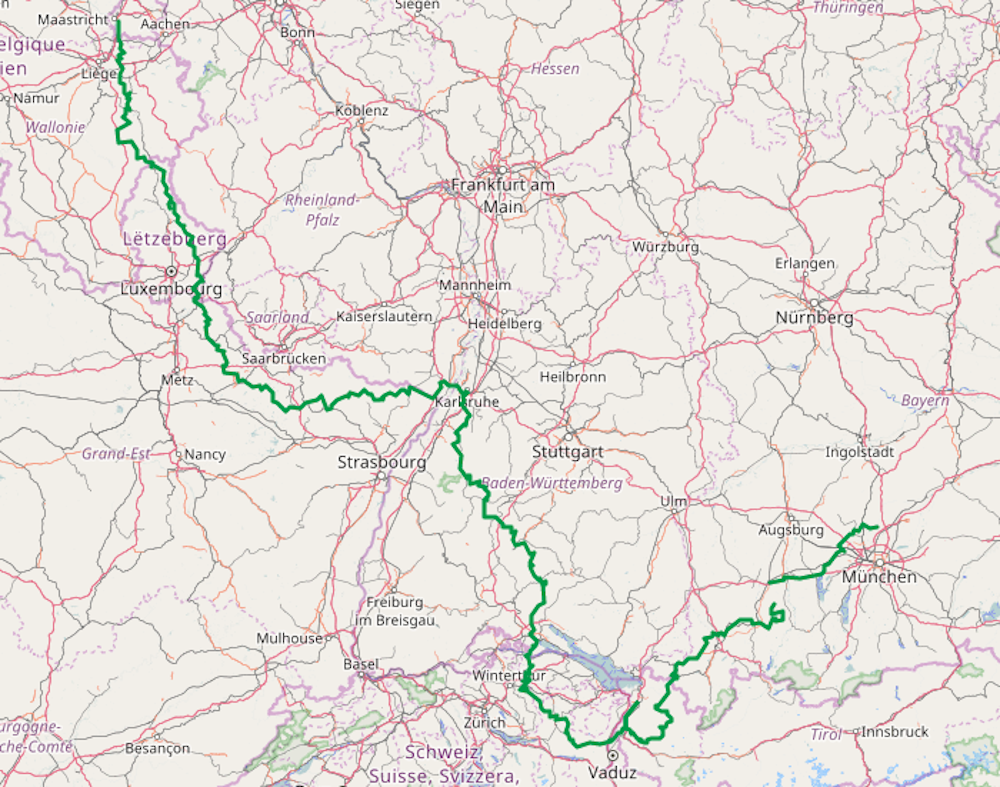