On 04 July 2015, Paddy attended the fourth edition of Charity Classics in Weinfelden. Charity Classics is a one day rally around beautiful spots in Eastern Switzerland with two regularity tests and some passage controls. 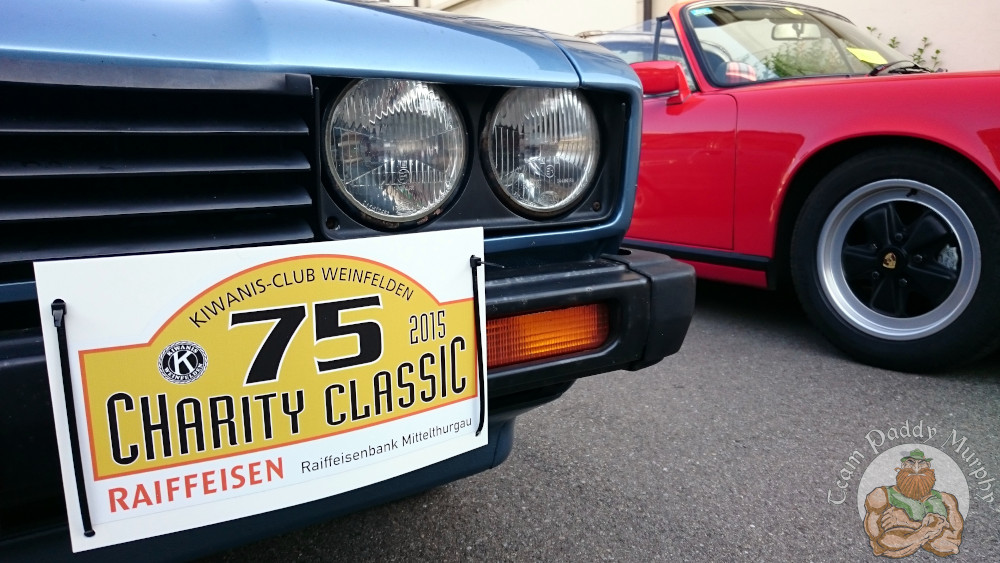 Here is a map of the Charity Classics 2015 route:

The statistics of the rally are:

Due to the scorching heat, man and machine suffered equally, but all teams and cars made it through. Team Paddy Murphy finished the rally 43rd of 74 - his flawless record tarnished forever. Paddy was too fast at the first regularity (go around a track in 32s or average of 49.9 km/h), had too much time difference in the second one (drive two laps around a course in the exact same time) and missed a passage control. All in all that was too much for a good result. TPM has still a lot to learn or as Paddy said about himself «Our shirts are green because the green behind our ears is still dripping down».

Paddy practised a lot for regularities where one has to hold an average speed over an unknown distance and now it seems he has to work on regularities over a certain distance (especially distances under one kilometre) and doing laps at the same time. So if you see a Ford Capri go around and around your neighbourhood, don't worry they're not lost or not yet insane, that's just Team Paddy Murphy doing practice laps. TPM maybe didn't win this rally - but they will be back - that is a threat, a promise and a guarantee. 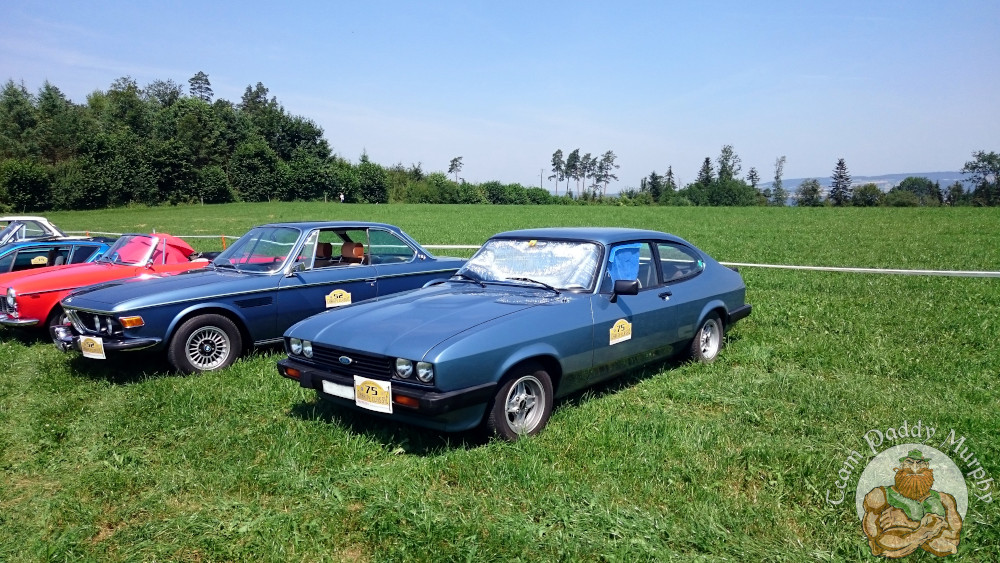 Oh, one more thing. Paddy went out with one Ford Capri and came back with sixteen. How is that even possible you ask? Well, as Paddy was preparing for start, a woman came to him and asked if he's the owner of this Capri and if he would like Capri model cars. To cut a long story short, Paddy got those marvellous Ford Capri model cars and he thanks that woman once again for that!